President Biden Participates in a Bilateral Meeting with His Excellency Andrés Manuel López Obrador, President of the United Mexican States

PRESIDENT BIDEN:  Well, welcome.  Mr. President, it’s a delight to have you here.

The President I were just talking about the long, over — almost 200-year relationship with Mexico.  And we were talking about — I was explaining why Roosevelt and Lincoln were — their portraits were up here on the wall.

And the President pointed out that the reason he liked Roosevelt was he initiated the “Good Neighbor” policy.

And the best way to start this meeting, I pointed out, was: When I became President and as Vice President, I indicated there’s no longer a “Good Neighbor” policy; it’s absolutely equal.  We’re equal countries.

Mr. President, we no longer use language like “our friends from the south.”  You are an equal — we are equal countries, and that’s what I like about you.

I believe it’s a different and emerging relationship that is one born out of mutual respect.

Since January, we’ve taken significant steps and strides to deepen our relationship, including — including relaunching the High-Level Economic Dialogue and holding a High-Level Security Dialogue, which resulted in a new joint approach to security and a Bicentennial Framework.

Together, we’re taking on problems — mutual problems that affect our people: getting the pandemic under control, driving an inclusive economic recovery, and addressing migration.

And I know we both are committed to making sure our democracies deliver for our people.

So, Mr. President, I look forward to talking about how progress here at home on the infrastructure initiative that we’ve just passed and building back better — that hopefully will be passed very shortly here — and — are made stronger by working with our allies and our partners.  It’s not just what we’re doing here, but working with our allies and our partners makes it even stronger.

As we mark 200 years of diplomatic relations between our countries next year, we’ll celebrate both the shared values and family ties that have long united our people and the brighter future that our nations are going to chart together.

So, Mr. President, I want to thank you again for your commitment to the U.S.-Mexican relationship.  Going to make it even closer.  And I’m looking forward to a great discussion.  First of many.

PRESIDENT LÓPEZ OBRADOR:  (As interpreted.)  We are very thankful and satisfied with the reception that we have had and having this — to have this encounter with President Biden.

Before you were all here, we were talking about the historical relations that President Lincoln and President Juárez had in their time — President Juárez, by the way, was the best president Mexico has ever had — and they understood each other well.

President Lincoln, by the way, never recognized Maximilian, the Emperor imposed through a territorial invasion in Mexico.

When Lincoln was assassinated, he expressed his pain in writing.  I believe it was a stellar moment in our histories.

The second thing I would like to say is quite significant as well.  Franklin Roosevelt, who maintained relations with Mexico based on respect and friendship when Cárdenas was in office — he was the best president of our 20th century.

And, as Pablo Neruda, the poet, said — that he respected FDR’s visions and his concept of his “Four Freedoms” or liberties: the freedom of the manifestation of ideas, or freedom of expression; the freedom of religion; and two very important ones — the free- — the liberty for living free from fear and free from misery.

This is why Neruda considered President Roosevelt as the “titan of freedoms,” and that is what we wish to come from this new era of Mexico-U.S. relations.

We believe it’s easier because, as President Biden also said, he wants us to be equals.

From the first time we talked over the phone with the President already in office, he mentioned this — that we would not be seen as the backyard of the United States.  And we are thankful for that.

We do not need to reaffirm our principles of independence or sovereignty, and are thankful for the respect.  And we will keep on helping in the integration of North America as a region.

In the face of the progress made by other regions in the world, our economies and our relations must always be based on respect of our sovereignties.  There are many possibilities right now to strengthen our cooperation and economies, and we will keep on acting together as North America.

As I mentioned before, the agreement that has just come into force is crucial for our relations.  And that is why we are very pleased to be here.

I would also like to say to President Biden — because I made a promise and promises must be kept: A few days ago, when I visited New York, I promised I would convey our thanks in terms of the bill that you have just sent to Congress to regularize the situation in terms of migration of over 11 million people.  We are paying attention to this process and hope that Congress will give you the support that you need on behalf of both parties.

We will follow up on this and hope for the benefits and fruits of this new era, in terms of Mexican migrants that live and work here with honor.

We believe that this is a wonderful initiative with a social dimension in favor of justice. 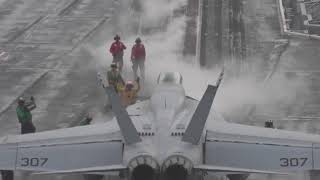 Joint Maritime Strike Training with US Navy a 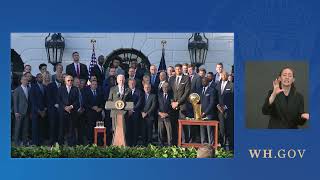 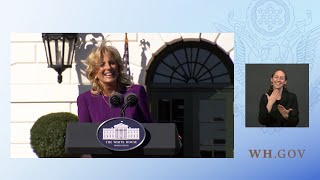 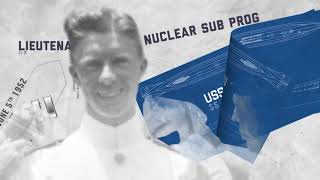 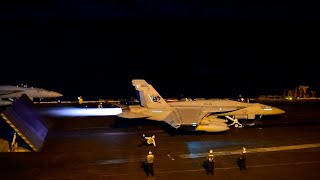 Yungblud Performs 'I Love You, Will You Marry