The 20th anniversary of the 9/11 attacks offers Americans an opportunity to remember the victims of that horrific day and reflect on the courage and bravery of the first responders who tirelessly worked to save lives in New York, Pennsylvania, and Virginia. The attacks galvanized the country and resulted in unprecedented unity among the American people.

The Navy lost 42 people that day, so for the sea service, 9/11 is also a story of fortitude and resilience. Considering the monolithic, blue-water threats the Navy faced up until that day, it could be said the service had to change quickly in order to meet the new asymmetric threat. However, a case could also be made that the needed change had actually begun more than a year earlier when Adm. Vern Clark became Chief of Naval Operations (CNO).

On Sept. 11, 2001, Clark had been CNO for a little less than 14 months. Armed with lessons learned from the attack on USS Cole, which occurred less than three months after he became CNO, and a laser-like focus on his top five priorities – manpower, current readiness, future readiness, quality of service, and alignment – the Navy’s readiness on 9/11 was higher than it had been in years.

Clark addressed personnel matters that first year with honest, forthright discussions about the meaning and value of service. However, he came to the office with an understanding that service is a two-way street. In fact, it’s the cornerstone of what he calls covenant leadership; when Sailors make commitments to serve, it is incumbent on leaders to make commitments to Sailors in return.  Making sure Sailors have the tools they need to succeed, and opportunities to make a difference, contribute, grow, and develop is how leaders fulfil that obligation.  This focus on returning the commitment of Sailors helped the Navy achieve unprecedented levels of retention in the months leading up to 9/11.

Furthermore, his team developed a holistic approach to ensure ships had what they needed to be ready, rather than a programmatic one-size-fits-all process of driving every Navy command through the same readiness gates whether needed or not. Dedicating a large portion of the Navy’s overall budget to current readiness and prioritizing the acquisition of spare parts and munitions made the different as ships prepared to get underway following the attacks. Plus, reopening supply chains for parts and ordnance meant that those lines would continue, and even ramp up production in the demanding days ahead. Clark said “paying that price” in peacetime, dramatically increased readiness and meant that when America needed it the most, the Navy was manned, trained, equipped, and maintained to take the fight to the enemy.

In the years that followed, no idea was off the table and innovation was encouraged in all corners of the service.

Clark retired in July 2005. All Hands Magazine producers Austin Rooney and MC2 Brent Pyfrom recently spoke with Admiral Clark at his home in Colorado to find out how the Navy changed to meet new world challenges it faced in the wake of 9/11.

Not surprisingly, he told them the service of American Sailors was essential and awe-inspiring. Like their shipmates from World War II’s “Greatest Generation,” Sailors rose to the challenge after 9/11 and made the nation proud. In the 20 years since the attack, young people have continued to answer the call to serve in uniform. With a continued emphasis on readiness, Clark says he sees in today’s Sailors the same greatness.

Yungblud Performs 'I Love You, Will You Marry 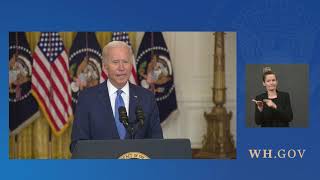 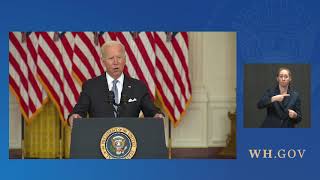 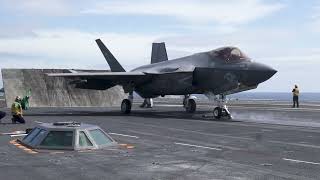 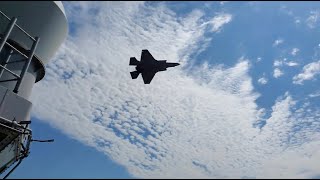